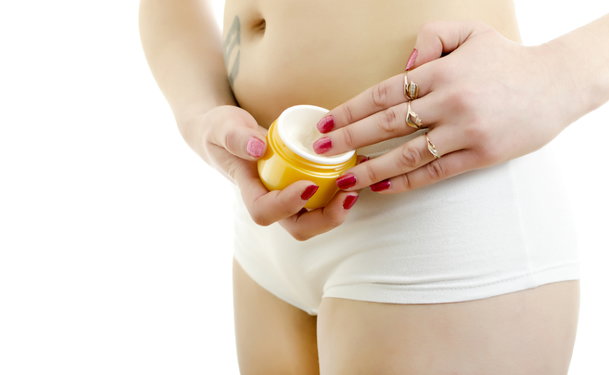 TCA, also known as trichloroacetic acid, is a chemical peel commonly used by dermatologists, cosmeticians and plastic surgeons to help remove or improve the appearance of fine lines, wrinkles and acne scars. But prior to it making waves as the ultimate skin peeling agent to restore youth and diminish the appearance of acne scars, did you know it was utilized as a tattoo removal treatment?

Before the availability of laser therapy, all tattoos were removed with various chemicals, and TCA was one of them. Despite losing some popularity now that laser tattoo removal has surfaced as the most effective removal treatment, TCA may be an option that some tattoo removal specialists offer.

How does TCA work?

TCA is an acid that works by removing the top layers of skin. It has the ability to reach the deep layers of the skin, where tattoo ink resides. Once TCA has made contact with the skin, it promotes skin cell turnover, which causes the skin to peel. As this occurs, new skin forms and the tattoo is gradually covered over with new skin. Eventually, the tattoo is lightened and may be removed.

Applying TCA is not usually a painful process, but minor skin irritation may occur. If TCA is applied to inflamed or broken skin, the pain and irritation may worsen. Some individuals may take a pain medication prior to each application.

Are there risks associated with TCA?

Approximately 10-20 percent of individuals who use TCA for tattoo removal may notice some adverse skin reaction or side effects. TCA may cause scarring, blistering, pain, and severe discoloration of the surrounding skin. Each skin type is unique, and testing a small area of skin prior to the onset of treatment is a great way to determine if there is any skin allergy. It should be understood that TCA may not work for everyone.

Who is not a good candidate for TCA use?

TCA generally works well for fair-skinned Caucasians. Individuals with a darker skin color, or those who have a tendency to tan, such as Asians, Hispanics and African Americans, generally do not have the same results with TCA. In dark-skinned individuals, TCA use has unpredictable results and has been know to cause extreme hypopigmentation of the skin. In addition, a greater number of TCA treatments may be required in such ethnic groups to remove or fade the tattoo. Overall, TCA is not recommended for those with darker skin tones as the results are unpredictable.

Can TCA be used anywhere on the body?

TCA is not recommended for the removal of tattoos around the eyes, nose, ears, and lips. When used as a facial peel in these areas, TCA can lead to toxicity. Also, the results in such areas are random.

How often does one apply TCA?

TCA should only be applied once every 4-6 weeks. Since it acts as a peeling agent, frequent usage can lead to severe skin peeling, irritation, and scarring. After the initial application of TCA, the skin starts to peel in 2-3 weeks. One has to wait until all the excess skin has peeled off, which usually takes another 2-3 weeks.

How fast does TCA work?

The effects of TCA are usually visible after 2-3 treatments. The fading or lightening effect is most obvious with brightly colored tattoos. The borders of the tattoo usually begin to fade during the initial stages of treatment. The number of treatments vary, but 3-6 treatments may be all that is needed to achieve fading of the tattoo.

What are the results of tattoo removal with TCA?

Review of data from the past three decades indicates that TCA is quite successful in lightening up tattoos in many cases. However, it does not necessarily remove tattoos.

Can TCA therapy be combined with laser tattoo removal?

How much does TCA cost?

TCA is available at various pharmacies and also on the Internet. One ounce of TCA costs about $40-$60. Directions for how to prepare the TCA often require dilution with water. One ounce of TCA should be enough to treat a moderately sized tattoo. Instructions for tattoo removal are available with each purchase and should be read and followed thoroughly to ensure safe and effective treatments.