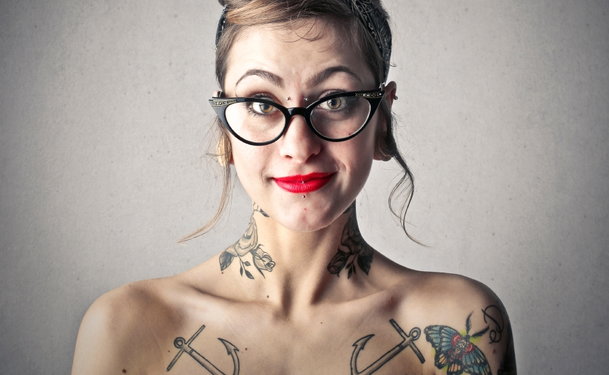 Tattoo Removal Techniques: What Are My Options?

For as long as tattoos have been around, so have tattoo removal methods. In more ancient times, wine, lime, garlic, and even pigeon excrement were either injected or applied to the skin in an effort to remove tattoos. And the evolution of tattoo removal is still changing.

Just as those age-old methods were replaced, so too has dermabrasion, chemical peels and other techniques--well, not exactly. While they may be performed in some instances, they have largely been superseded by laser therapy because it is more effective and, if performed properly by a trained professional, results in little to no adverse effects.

But for all intents and purposes, here's a brief overview of the various tattoo removal methods, both old and new:

During laser tattoo removal, a skilled physician uses a laser to break the ink into small particles that the body later removes in its natural waste removal process. Because some ink colors are harder to remove than others, a variety of laser technologies have been developed to target different colors.

Generally, several visits are necessary over a period of weeks to months for complete removal. Though this is the most effective option, there are inherent benefits and risks associated with it, so a thorough discussion should be had with an experienced tattoo removal specialist before the procedure is performed.

Dermabrasion involves abrading (rubbing/scratching) the skin with a wire brush or diamond fraise (a type of sanding disc). This technique is frequently used to even out deep pitted acne scars and fine lines around the mouth and eyes due to aging, but has been known to be used to assist in the removal of tattoos as well. When used in this manner, the procedure is slightly painful and requires multiple treatments spaced over a few months. Dermabrasion works much like a chemical peel in that it removes the top few layers of skin. The removal of skin may result in scarring, and the technique is rarely used today for tattoo removal.

Salabrasion is a technique that involves soaking the tattoo in a salt solution to remove the pigment. It may be combined with dermabrasion. The technique is only effective for superficial tattoos and requires multiple treatments. At best, this technique only causes fading of the tattoo.

Scarification involves tattoo removal with an acid solution. Chemical peels have been around in various forms for over half a century. In the past two decades, 25% trichloroacetic acid (TCA) became available as a chemical peel, and it works by peeling off several layers of skin which, after healing, results in fresh, new skin being revealed. This technique is also rarely used today because, like salabrasion, its ability to effectively remove tattoos has not been proven.

Surgical removal involves excising the entire tattoo together with the skin that has been affected by the tattoo ink. The skin is then sutured back if the defect is small; otherwise, skin grafts are required to close the defect. Surgery is a last resort for very large tattoos and only done when all other measures have failed. This procedure may leave visible scarring.

Camouflaging a tattoo entails the injection of new pigments—either to form a new pattern or cover a tattoo with skin-toned pigments. Injected pigments may not appear natural because they lack the skin's natural translucence. The price usually resembles that of a regular tattoo, and when done correctly the old tattoo may be completely invisible.

Intense pulsed light skin treatment has been used to treat acne and can also be used for tattoo fading. It is the same concept and actual process as laser treatment but uses a different light source. IPL usually works best on brightly colored tattoos, and multiple treatments are usually required.