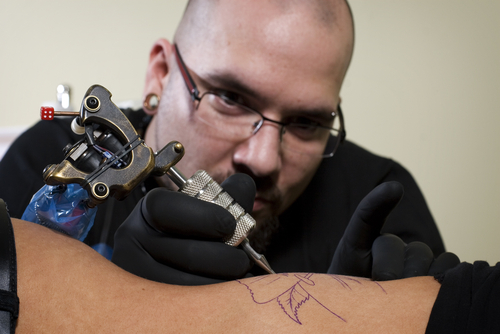 Nearly 40 million Americans have tattoos, and 1 in 5 regret their decision to get one. So why not just get your tattoos removed? A viable option for many, especially those in the recent tattoo-banning workplaces like the police and fire departments. Many people worldwide are unaware and unfamiliar with the basic information about tattoo removal. So in order to educate the public I have outlined a number of key elements about tattoo removal procedures. Also, for those you just testing the waters with body ink, there is a new type of ink that makes it 3 times easier to remove, almost like an erasable tattoo. According to CBS News, "Infinitink is the first engineered tattoo ink specifically designed to be permanent, but more easily removable than existing tattoo inks," said Freedom 2 Chief Financial Officer Blair Burnes." Although tattoo removal, more specifically laser removal, is far less painful than the first few years it was used, this infinitink makes the removal process shorter and more cost-efficient. "...makers say it comes out 3 times faster, 3 times easier and 3 times less painful."